This morning we got a belated Christmas gift:

I hadn’t wanted to say too much until it was actually done, because we have already delayed the line removal procedure once due to a cold – and we have been close enough to this enough times to know that even when things seem to be going stupendously, that can disappear in the blink of an eye (remember what happens when we get cocky enough to look progress directly in the face? Poof! Liquid shit.)

It’s funny, thinking back over my evolution as a short gut parent. This is the fourth time we have stopped TPN, and the second time we have pronounced ourselves line-free. The first time, a lifetime ago, when we were still with our old GI and before I had begun to make peace with the NOT KNOWING, we only stopped TPN because I pushed for it – and oh how I chafed when we were required to keep his line for a whole month before pulling it, just to be sure he could gain weight without it! And when we finally did achieve that golden pinnacle of line-free-ness, I threw a party, and I fought like hell when we began to move toward replacing a line and going back on TPN.

The second time we stopped TPN, I felt seasoned. I accepted the waiting period, or so I thought, because I knew exactly what kind of hell it had been the previous summer when L’s nutrition slowly failed. But I still went to every appointment with eager anticipation that this time would be the day GI would give the approval to pull the line, or maybe this time, or surely now this one – and I made myself crazy, as seven months slipped by, with me always thinking this week would be the week, until a series of mild illnesses proved that L was not ready to be off of TPN after all.

The third time we stopped TPN, just about nine months ago, I was resigned to the process. I fully expected months on end of weight checks and labs and waiting just a little longer, and then a little longer still. I didn’t ask when we could pull his line (or at the very least, I didn’t ask relentlessly at every opportunity). And four months later, when TPN returned and we began discussing surgery options, I was not surprised. I didn’t fight. I knew he needed it.

And now, having just stopped TPN for the fourth time, I have completed my 180 degree swing. Last month, just two weeks after our last night of TPN, GI began talking about pulling his line by Christmas.

Are you sure? Shouldn’t we wait just a bit longer?!

And so, just in time for the new year, we head into what I supposed you could call Phase 2 – although this is really more like Phase 2 version 4.0, and in reality, like always, we will just keep chugging along and hoping this doesn’t turn out to be Phase 2 version Samsung Note 7.

Although, you know, now that Ivy is gone, if Phase 2 begins to catch fire we can just toss L in a pool. He’s been asking to go swimming…. 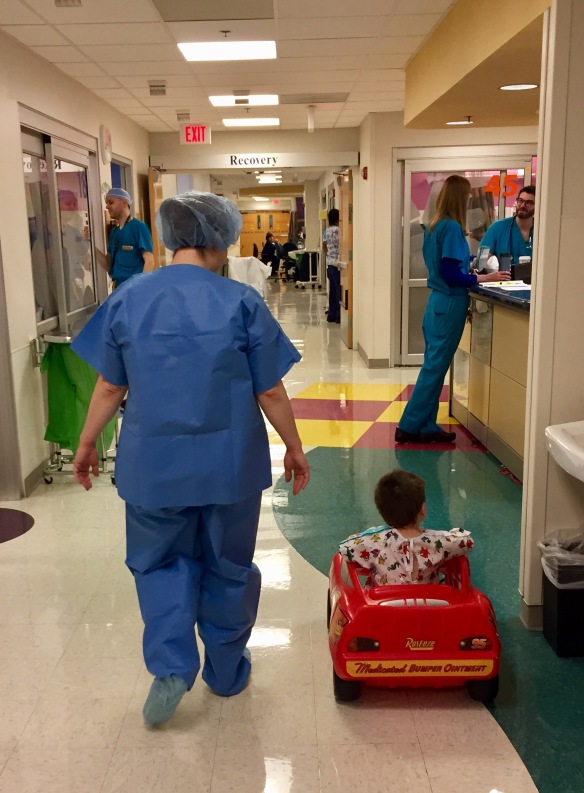 5 thoughts on “Line free is the way to be….I think….probably….Yes, okay, we’re definitely maybe ready for this. I think.”