Yesterday, while the nation was talking about the proposed replacement for the ACA and I was busy writing about the importance of “herd coverage” in health insurance, you thought it timely to tell low-income Americans that they’d be able to afford healthcare if they would only give up their beloved iPhones.

Now, the complete tone-deafness of that remark was quickly and thoroughly denounced by the DNC Chairman and the interwebs alike, Forbes has outlined exactly how many iPhones it would take to cover the cost of healthcare, and you’ve already eaten your words. So it seems less than necessary for me to point out that my family’s health insurance premiums cost 3.5 times the cost of our phone bill each month, or that we pay approximately another ten brand new iPhone 7s toward our maximum out-of-pocket costs every single year; that my son cost nearly 5,000 brand new iPhones before he ever came home from the hospital; or that I actually received my iPhone more or less for free when we enrolled in our service plan, which also happened to come with a couple hundred dollars in Costco gift cards that we used to buy grocery staples, since we were stretched kind of thin by our medical bills at the time.

No, I think it’s more useful to consider exactly why my iPhone actually is a necessity. Here are some of the many ways it’s essential to the health and well being of my family:

In the year after my son came home from the hospital, we did not have a coordinated care team; I was responsible for communicating with a pediatrician, a medical specialist, a surgeon, a dietician, a physical therapist, a drugstore pharmacy, a home infusion pharmacy, medical supply delivery drivers, home health nurses, endless insurance reps, medical billing services and a NICU follow-up team, none of whom communicated with each other. I spent a lot of time on my phone that year.

Now that we’ve switched to a more integrated team, I still depend on my phone for regular check-ins to manage my son’s care, to make and manage an endless string of appointments, to receive results from frequent bloodwork, to access help negotiating difficulties or unusual symptoms, to dispute improperly-processed claims, to pay bills, and to notify his team if it turns out we’re heading to the ER yet again. In fact, I don’t even have to identify myself when I call his specialist’s office, because I speak so frequently with the administrator who answers their phones that she recognizes my voice.

When we brought my son to the ER presenting with alarming neurological symptoms that are apparently common among kids with his rare disease, none of the staff in the entire emergency department were familiar with what was happening to him. You know who was? The parents in my diagnosis-specific Facebook group, and Dr. Google.

When my son was in the NICU, I essentially lived at the hospital for 4.5 months; my phone became my lifeline to the outside world, and my primary means of keeping friends and family updated.

During that time, I also solidified enduring online friendships with some amazing women who became an around-the-clock refuge during some of the lowest points in my life; when I was struggling mentally and emotionally, when I felt like I was drowning, when even a trip to a therapist had failed miserably – the friends in my phone kept me sane and gave me the strength to persevere.

Side-eye all you want — if you had to try performing a sterile dressing change in your living room on a small child who hates medical tape and doesn’t like to be held down, you’d be rushing off to download the YouTube Kids app too. Ryan’s Toy Review has saved us from contamination on more than one occasion (and how many iPhones do you think it costs to treat sepsis?).

All things considered, I’d say the $57.49 per month I pay for my phone service seems like a pretty damn good investment. Tell me, Mr. Chaffetz, when will you be making the choice between your taxpayer subsidized healthcare coverage and your taxpayer-funded iPhone? 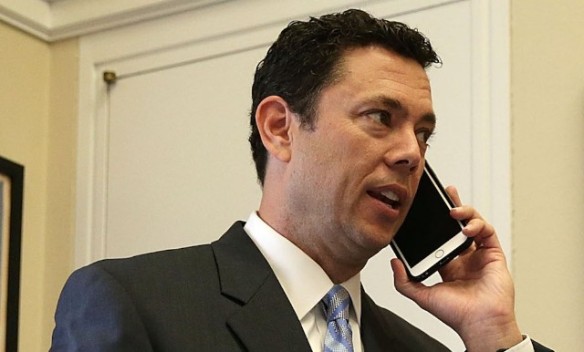