As the 4th of July approaches, I’ve been struggling with how to celebrate what used to be one of my favorite holidays. Growing up, it was a grand day of celebration. Each year my extended family descended upon my grandparents’ house decked out in red, white, and blue and armed with an entire arsenal of “Screaming Mimi’s,” “Bob’s flaming balls,” and our all-time favorite, the “Baby Boomer”; we would then proceed to eat our way through an all-day picnic while seeing exactly how large of an item we could launch sky-high using bottle rockets and waiting for it to get dark enough to begin our very own amateur fireworks display (what could go wrong?).

This year, though, I haven’t been feeling particularly patriotic. Honestly, given the current state of our nation, the thought of donning stars and stripes has been making me feel a little ill.

As I thought more and more dejectedly about boycotting the holiday altogether, however, it occurred to me that my disgust with our nation is patriotism. This holiday has always been about celebrating the promise of our nation in spite of the atrocities that litter our short history. We have never been a perfect union. But to turn away in defeat in the face of injustice is no better than turning a blind eye to it. To put our freedoms in action – be able to recognize our nation’s failures, to speak out against atrocities and injustices and work to correct them, to value the foundational principles of our democracy above the reprehensible actions of our leaders and work to make those principles a reality for all Americans – to me, that is true American patriotism.

And so this 4th of July I will be a patriot.

I will put on my red, white, and blue and write letters to my Congresspeople. I will donate $17.76 to organizations that advocate for voters’ rights, civil liberties, and access to healthcare. I will reach out to friends who are first and second and third generation immigrants to let them know I’m glad they’re part of our community. At storytime, we will read Independent Dames: What You Never Knew About the Women and Girls of the American Revolution; Of Thee I Sing: A Letter to My Daughters; Apple Pie 4th of July; We Came to America; Grandfather’s Journey; A Different Pond; Islandborn; and A Piece of Home. I will not let the horrifying actions of the powerful few drown out the hope upon which this nation has been built.

These things are tiny, tiny drops in a vast sea of need. But enough drops can begin to shift the tide. 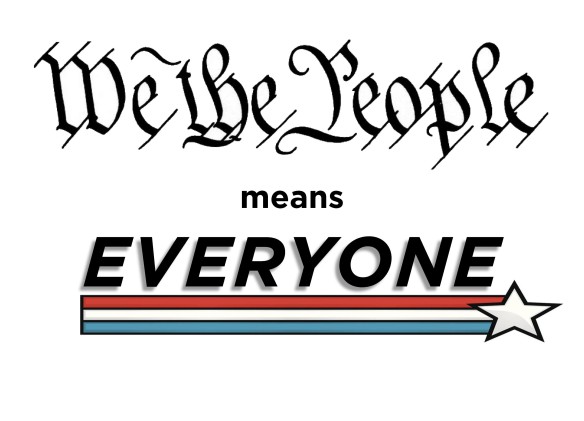 Last week, we went on our very first family vacation. When L was younger, his medical needs (not to mention our medical bills) made it extra difficult to go anywhere overnight; and so we’ve gone on short trips to visit family, but we had never gone anywhere just for fun, and L had never stayed in a hotel.

We had been talking about going to Memphis this summer anyway when I found out the Oley Foundation’s annual conference was going to be held there this year. The Oley Foundation supports and advocates for people and families on enteral (tube feeds) and parenteral (intravenous) nutrition, and I had heard good things about the conference in previous years, but it had always been much further away from us and hadn’t seemed like a realistic option. This year, when L is now both line-free and tube-free for the first time, I wasn’t sure if it made sense for us to go – I’d heard it was packed with information and inspiration, and it would be nice for L to meet other kids with lines and tubes and scars on their bellies, but would we get much out of it now that L is doing so well? But we were planning a Memphis trip anyway, and the conference is free to attend, and so with a little encouragement from some other short gut parents we signed up and planned our trip to coincide with the conference.

And then, five days before we were set to leave, the potential benefit of attending was solidified for me. We were getting ready for swim lessons, and I told L he could choose whether or not to wear his swim top since the lesson was in the indoor pool. He replied:

“But I don’t want anyone to see the THING on my belly.”

Cue all the mom tears. Upon further probing, I discerned that he wasn’t really concerned about his surgical scars, but that he didn’t want anyone but us to see the spot where his g-tube used to be, which looks kind of like a second belly button above and to the left of center. It’s the freshest scar, and still red and kind of scabby. And it seems that someone at preschool had said something about it that had made him want to keep it covered.

A few days later we were off. The trip went amazingly well, considering it was our first real vacation with kids in tow. We hit the kid-friendly highlights of Memphis – Mud Island, the zoo, lunch at B.B. King’s and a visit to A. Schwab, even the top of the pyramid – and introduced both L and G to Memphis BBQ, where G discovered a deep and abiding love for baked beans. And while naptime and bedtime and a little sightseeing meant we skipped over some sessions of the conference, we hit some conference highlights as well – info sessions, networking, and opportunities to support Oley, like a silent auction and Oley’s annual Walkathon to wrap things up. And L, who has never met a stranger, thoroughly enjoyed himself, from the luau in the kids’ room to finagling his way into someone else’s family on stage during the conference’s version of Family Feud.

I’ll be honest, though: as our trip was wrapping up, I was asking myself if it would have been worth it to attend if we hadn’t already been planning a trip to Memphis. I absolutely believe it could have been life-changing for us two or three or especially four years ago, but did it justify the time and expense now, given that L is doing so well and we aren’t currently seeking alternate treatments or ways to troubleshoot ongoing problems?

And then I heard this:

“Mama, I have to tell you something. You want to know something cool? I have TWO BELLY BUTTONS!”

For more information about the Oley Foundation and to view sessions from this year’s conference, go to www.oley.org